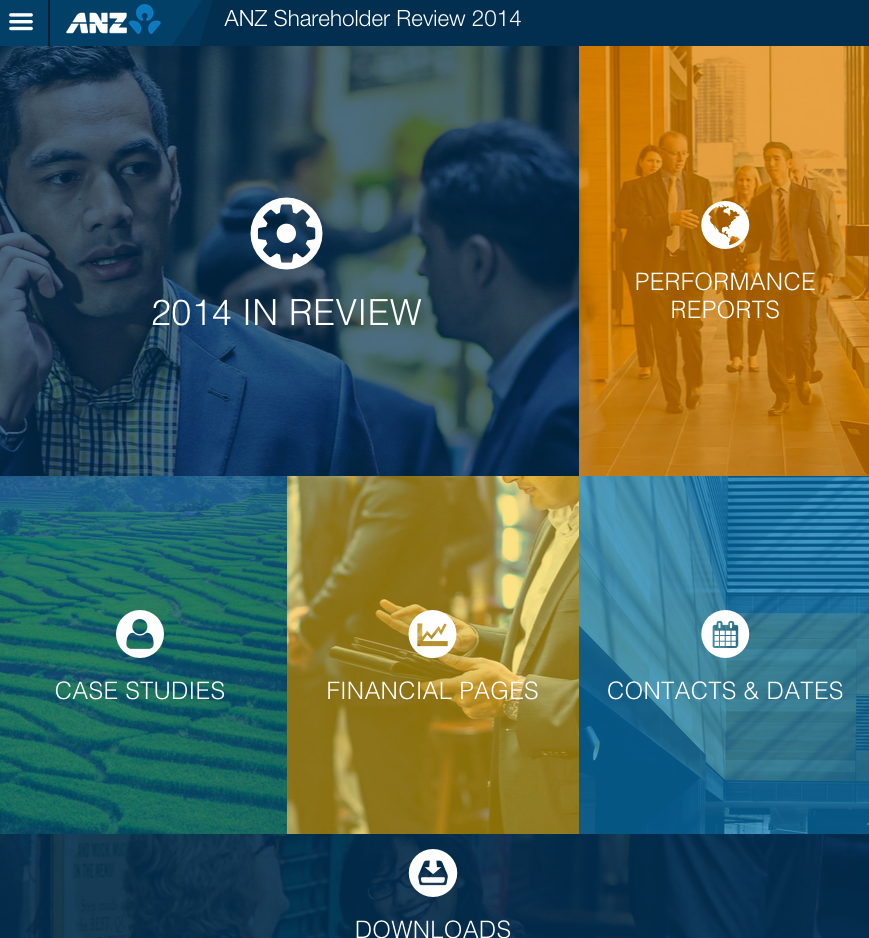 Achievement: The most effective Shareholder Review suite ANZ has produced.

Summary: I directed the creative vision and its implementation for a concept that could work in both print and online.

I worked intimately with the investor relations team, graphic designers, photographers and web developers to produce a result that stakeholders within the bank claim to be their strongest shareholder review ever produced.